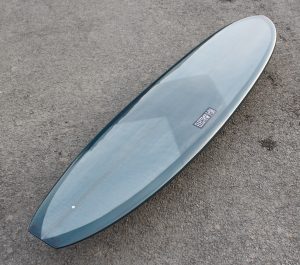 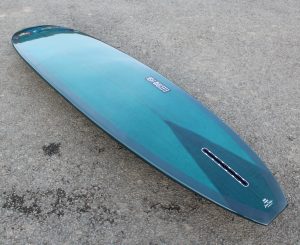 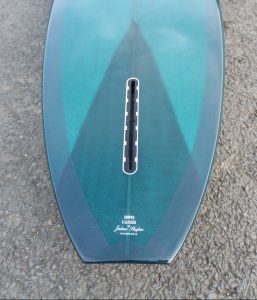 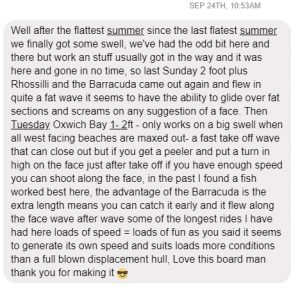 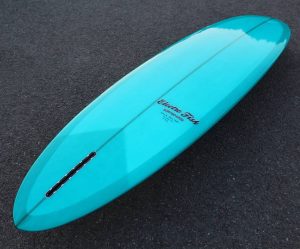 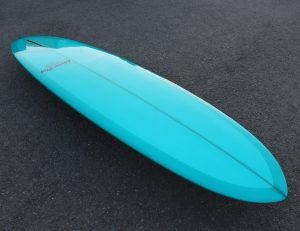 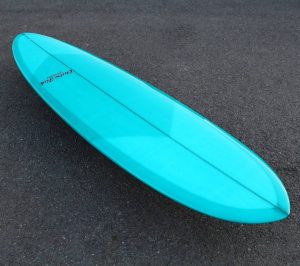 Davey was after a traditional singlefin board similar to that of the transitional models from the late 60s , rolled hull design with soft flowing egg rails. Low rocker was also crucial to the design so a longboard blank was used to achieve this. 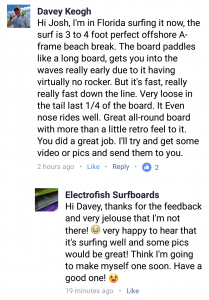 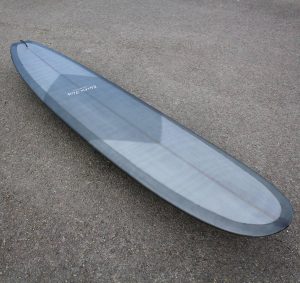 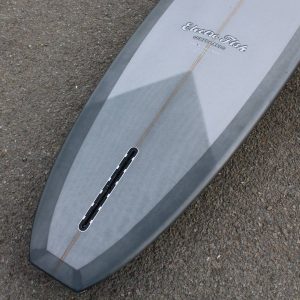 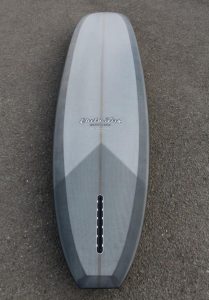 Mandy was after a longboard that was really easy to paddle and catch waves on and a board that would help her to progress her noseriding. She wanted a board that wasn’t to heavy or bulky and something she would feel comfortable riding. We decided on 9’0 a 22, 1/2 x 3 and something with a low rocker and soft full 50/50 rails to help paddling and early wave entry. 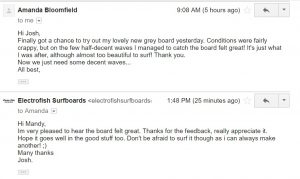 Martin was after a similar replacement for a board that he had snapped. I took all the dimensions down and looked at the design and shaped something very similar. He wanted a board that was easy paddling, high wave count but also something that could be ridden off the tail and when the surf gets a little bigger. Not to mention he was a huge Minnesota Vikings fan so did the resin design as a huge flag with custom decals. 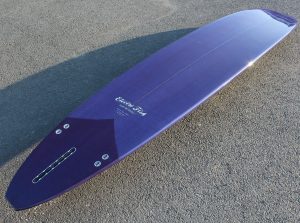 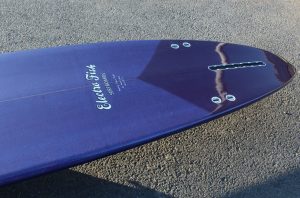 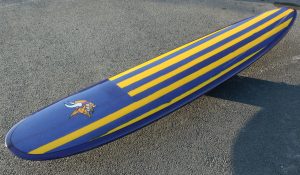 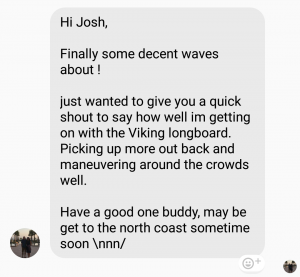 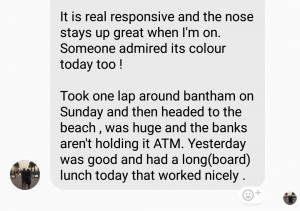