Based on the Mini Simmons, a traditional design from the 50s named after Bob Simmons that was made from cut down longboards. The Nugget is the ultimate simmons hybrid, keeping in with that classic feel and shape but with slight tweaks to enhance performance.

Bottom contours consist of a slight rounded belly in the nose to generate lift on takeoffs and choppy conditions. This then runs into a nice big single concave becoming more pronounced in the tail, creating a planing hull which once on a wave will create ridiculous amounts of speed and lift even in mushy surf. Hard rails in the tail for added hold in nice large cutbacks.

A high volume board for its size with a relatively flat/ slight S deck. Low rocker throughout with nice rail transition from up in the nose to down in the tail to keep things super fast and dialed.

Check out this clip on vimeo of Tyler Warren shaping and shredding his own 4’10 model, if this doesn’t make you want to surf one then nothing will. https://vimeo.com/13700584 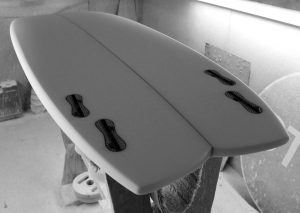 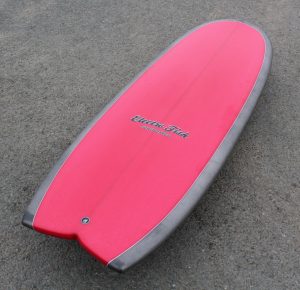 Custom longboard I did a while back for @lorna_eva

Another Channel Twin. 7'6 with thumb tail. I shape

9'2 for my mate @charles.mill complete with resin

Major backlog on the board pics so I will be posti

7'6 Moontail Twin fin. This was a handshape. #chan

Feeling like its time to get back posting some boa

Thanks to everyone who came to watch us @bideford_

7'2 midlength for @northamrich this one had alot o